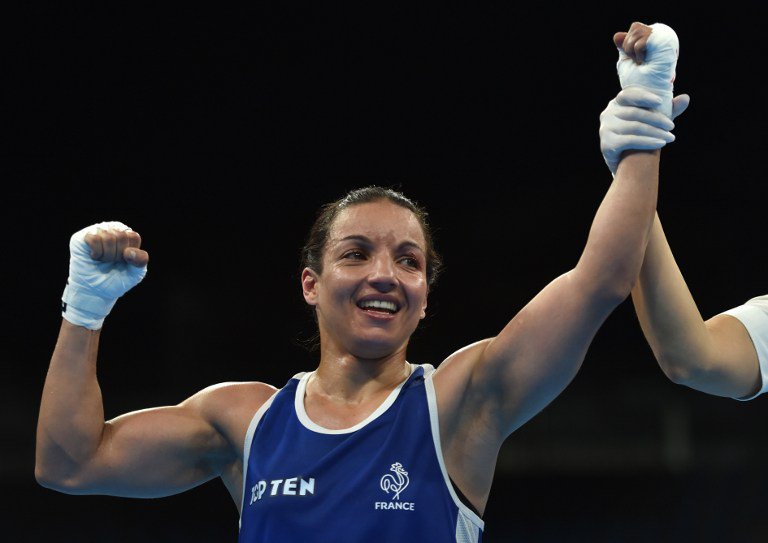 
Agoralumiere hosted the event “SARAH OURAHMOUNE, FROM THE BOXING RING TO THE RED CARPET OF THE CANNES FESTIVAL”, to support Sarah OURAHMOUNE, a young French boxing female champion of Algerian origin to attend the Cannes Festival.


This special event was initiated by Mr Nicolas DRUZ, CEO of the Europe-Asie Magazine and stakeholder of LANVIN, and supported by RFI, Dessange and L’Oréal.

Agoralumiere was delight to host at the Cannes festioval, Sarah OURAHMOUNE who won the French and European boxing championship titles.

“I wanted to reward this young promising champion in organizing for her a special day in Cannes where she can walk the famous Cannes Festival’s red carpet and enjoy the event, as have done big sport stars such as Mike Tyson, Maradona or Claude Makelele”, said Mr Nicolas DRUZ.